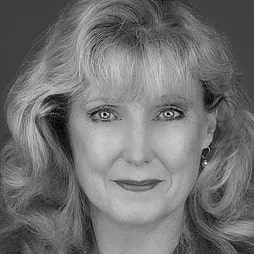 Karen Gibbons-Brown’s resume contains an impressive list of credentials. She began her early training in Columbia, South Carolina under Ann Brodie, Naomi Calvert and Adolphina Suarez-More. Her early training and performing included ballet as well as modern, jazz, tap and theater dance. She continued her studies at American Ballet Theatre with Maria Swoboda, Michael Lland, Patricia Wilde and Leon Danelian and studied on scholarship at David Howard School of Ballet.

Her professional experiences also include South Carolina Chamber Dance Ensemble, Ballet Celeste, Bristol Ballet and the Theatre Ballet of San Francisco where she recreated Anna Pavlova’s roles The California Poppy and The Dragonfly. Other performing highlights include performances at the Spoleto Festival in Charleston, South Carolina, the title role in Cinderella, The Sugar Plum Fairy in The Nutcracker, Swanhilda in Coppélia, Aurora in The Sleeping Beauty and Spring Waters pas de deux, an exciting display of partnering created by the great Russian choreographer Asaf Messerer. Ms. Gibbons-Brown considers herself fortunate to have had works created especially for her including solos, Pentimento by Jill Eathorne Barr and the role of Anna in Richard Monroe’s work, The Hussar. Throughout her career, she has made numerous guest appearances throughout the United States.

Ms. Gibbons-Brown is known for her work in the classroom and enjoys teaching a variety of dance related subjects including ballet, pointe, repertoire, terminology, dance history, pedagogue and makeup and hair for stage as well as re-staging major classical works. She has often been invited to teach guest classes and workshops including in Sicily, Italy, Fontenay le Fleury, France and the prestigious Joffrey San Antonio Workshop under the directorship of her mentor Jeremy Blanton. She received her certification in Labanotation while serving on the faculty of Virginia Intermont College under the direction of Constance Hardinge and served as Ballet Mistress for John McFall as he created his production of The Nutcracker for Atlanta Ballet. In 1985, Ms. Gibbons-Brown founded the Kingsport Guild of Ballet and became Artistic Director of the State of Franklin Dance Alliance at its inception in 1988. Other dance administrative duties have included serving on the Tennessee Association Board of Directors in many capacities including as president and serving on the Performing Arts Panel for the Tennessee Arts Commission. She assumed directorship of Fort Wayne Ballet in August of 1998. Other career highlights include Outstanding Dance Artist Award in 1997, serving as a juror for Concours International de Danse Classique in Paris, France in 2000, a 2002 graduate of Leadership Fort Wayne and being listed in Who’s Who in the 21st Century. In 2010, a new book authored by renowned choreographer Dean Speer, entitled On Technique, identifies Ms. Gibbons-Brown as among the world’s 18 most respected ballet masters, pedagogues and artistic directors. Her other full time job is spending time with her husband, Jim, and children Watson, Madison, Hannah, Zachary, Raleigh and a sundry of dogs.