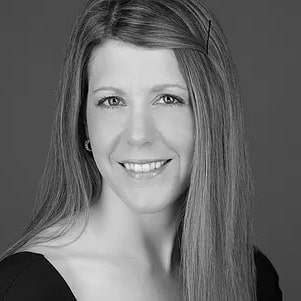 Tracy Tritz began her training in Stevens Point, Wisconsin under the direction of James Moore and Joan Karlen. She began studying ballet, tap, jazz and musical theatre. After beginning her performing career in ballet, she decided to pursue her love of both singing and dancing by performing with touring companies of the Broadway musicals Guys and Dolls, 42nd Street and Les Miserables. She then switched her focus back to dancing, furthering her study of jazz, modern and contemporary movement. She attended the University of Wisconsin Stevens Point, where she completed the Dance Certificate Program. She then moved to Chicago where she studied with Gus Girdano, Frank Chaves and Lou Conte at Ruth Page Center for the Arts. From Chicago she moved to Los Angeles where she danced as a company member with L.A. Danceforce and Jazz Dance L.A. There, she also danced on the Tonight Show with Jay Leno, The Howie Mandel Show and with various musical artists in concert. While in Los Angeles, she studied with Randy Allaire, Bill Prudich, Maguerite Derricks, Claude Thompson and Luigi. Her career brought her back to Chicago, where she continued dancing as well as choreographing for various companies and performances. She has also taught at several dance schools, including Giordano’s Dance Center. Tracy relocated to Fort Wayne in 2007 and started teaching in the Auer Academy of Fort Wayne Ballet. She also danced with Mikautadze Dance Theatre. Tracy, who is an ABT® Certified Instructor, is thrilled to be back with Fort Wayne Ballet as their Ballet Mistress and Outreach Director.