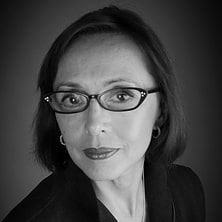 Eleonora graduated from the prestigious Bolshoi Ballet Academy of Moscow, Russia, where she was taught by Vasilieva and Kojuhkova, both pupils of the famous Vaganova. Upon graduation from the academy, Eleonora performed as a soloist of the Moscow Academic Music Theatre of Stanislavsky and Nemirovich-Danchenko, performing a wide range of classical repertoire in the ballets Swan Lake, La Bayadere, Paquita, Don Quixote, Gayaneh, Shopeniana, Strausiana, Ballero and The Snow Maiden in performances all over the world. Eleonora continued her academic teaching training at the Russian Academy of Theatre Arts (RATIGITIS) and later graduated with the Ballet and Character Teacher Diploma from The Moscow State Academy as a Ballet Teacher. 1995 marked Eleonora’s teaching debut in America as the Principal Teacher and Ballet Mistress with Ballet Arkansas in Little Rock. In 1997, Eleonora joined Fort Wayne Ballet, where she is working as the Ballet Master Teacher, Choreographer and Character Ensemble Director, teaching ballet and character dance to a wide range of students from advanced to performing levels. Eleonora’s choreography is continuously used throughout the year in many ballet performances and showcases for Fort Wayne Ballet and other academies where she has worked as a Master Guest Teacher and Choreographer.