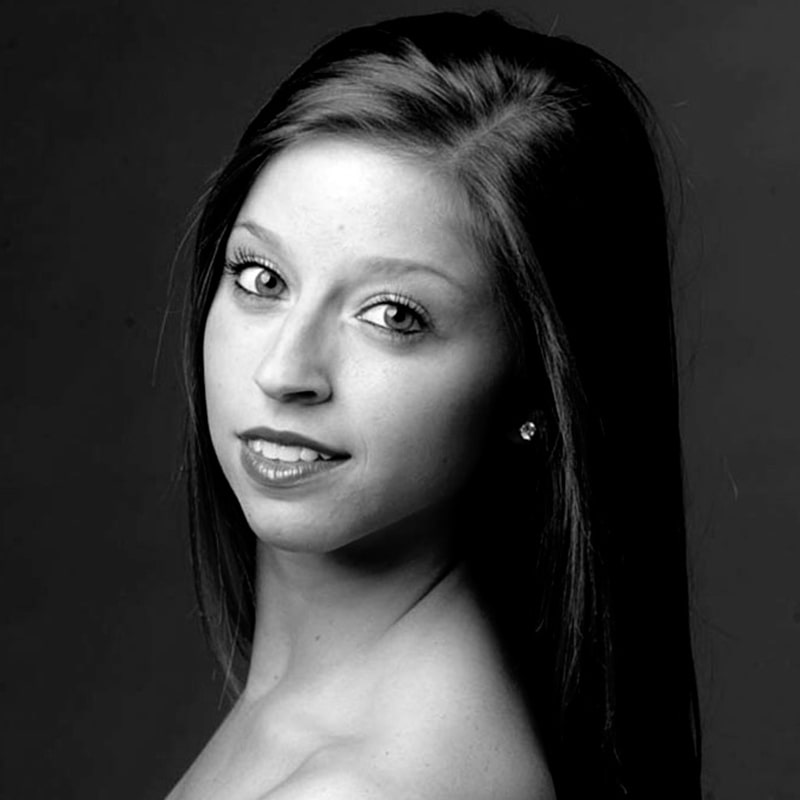 Jillian, originally from Pittsburgh, PA, trained at the Ballet Academy of Pittsburgh with Steven and Lindsay Piper and Lindy Mandradjieff. She has attended numerous summer intensives including American Ballet Theatre, Chautauqua and Richmond Ballet. Jillian graduated from Butler University with a degree in Dance and Arts Administration and a minor in Marketing. There, she had the privilege of performing in numerous ballets including The Nutcracker, George Balanchine’s Valse Fantasies, The Sleeping Beauty, and Giselle among many others. After graduating, Jillian danced with American Repertory Ballet in Princeton, NJ. During her past three seasons with Fort Wayne Ballet, Jillian has danced in Gerald Arpino’s Light Rain and Confetti, multiple roles in The Nutcracker including Dew Drop Fairy, Little Swans in Swan Lake and was a Stepsister in Cinderella. Jillian is excited to be returning for her fourth season as a company member and to continue serving as Development Associate for Fort Wayne Ballet.