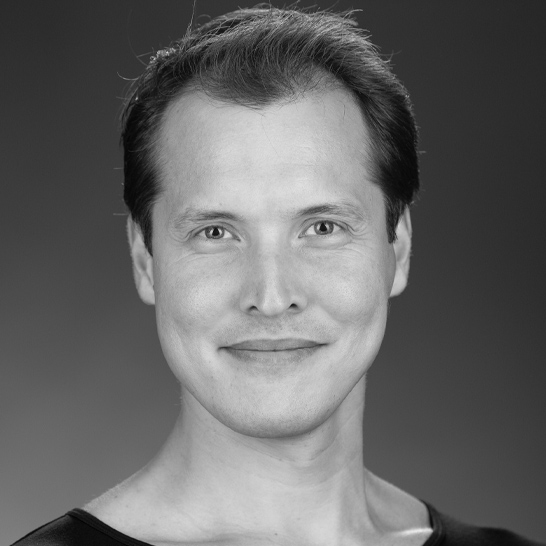 Nurzhan was born in Tashkent, the capital of Uzbekistan. In 1994, he was accepted to the Tashkent State Academy of Dance, and at 16, he joined the Alisher Navoi Bolshoi Opera and Ballet Theater in Tashkent. In 2001, while still a student at the Academy, he was awarded an Honorary Diploma from The International Ballet in Kiev, Ukraine.

In 2003, Nurzhan became a principal dancer with the Alisher Navoi Bolshoi Opera and Ballet Theater where he danced for four seasons in productions like Coppélia, Don Quixote, The Fountain of Bakhchisarai, Raymonda, and The Sleeping Beauty. In 2007, Nurzhan joined as a principal dancer with The Jacobson’s State Academic Theater of St. Petersburg for four seasons, dancing in Spartacus, Choreographic Miniatures by Leonid Yakobson, Giselle, Swan Lake, Romeo and Juliet, The Nutcracker, Scheherezade, Les Sylphides, and The Color of Pomegranates. In 2007, Nurzhan became an honoree at the prestigious International Ballet Competition in Rieti, Italy. In 2009 he won the “Golden Sofit”, the highest theater award of St. Petersburg, Russia, for his performance as Gogi in The Color of Pomegranates. In 2010, Nurzhan was awarded an honorary diploma for his participation in the finale of the XI International Ballet Competition, Arabesque, in Perm, Russia, as well as an award for outstanding acting. In October 2010, Nurzhan was a part of The International Stars of Ballet Gala Concert in Donetsk, Ukraine performing along with principal dancers of the National Ballet of Gila and Paris. For the 2011-2012 season, he danced with the Royal Winnipeg Ballet in Canada as a principal dancer.

In 2012, Nurzhan moved to Ohio to marry his wife Natalya. There, they ran their own ballet school and youth company, Ballet Le Rêve, until the summer of 2019. He choreographed several full-length ballets for Ballet Le Rêve such as Alice in Wonderland and Giselle with musical accompaniment by the Canton Symphony Orchestra. In 2019 he became an ABT certified instructor. Nurzhan is looking forward to using the ABT curriculum in the Auer Academy and is very excited to work with the company.