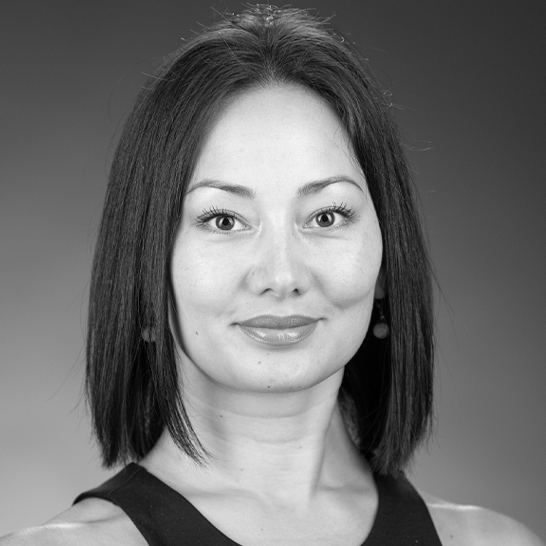 Natalya was born in the USSR in the city of Irkutsk, Siberia, later moving to Tashkent, the capital of the Soviet Republic of Uzbekistan. At the age of 10 Natalya was accepted into the Department of Classical Ballet Artistry at the National Academy of Ballet and Choreography in Tashkent. She was introduced to a multitude of highly enriched classes including ballet technique in the Vaganova method, national dances of the world, pas de deux and character dance with extensive examinations every six months. Upon her successful graduation from the National Academy, Natalya began her professional performing career with Alisher Navoi Bolshoi Theatre of Opera and Ballet of Tashkent, dancing there for four years and performing in many classical roles.

In 2002 Natalya was accepted into Tashkent University where she received her degree in Choreography, Director-Ballet-Master and Teacher of Classical Ballet and also continued to perform. Natalya’s teaching career began in 2003 teaching classical ballet to 10-15 year olds. Some of Natalya’s notable accomplishments include teaching stage technique for the Opera Department of The State Conservatory and choreographing for independent dance groups. She also acquired a seven-year-long musical education, developing a great passion for piano. Natalya moved to the United States in 2005 has taught ballet and character dance throughout Northeast Ohio. In 2009 Natalya opened her own school, “Natalya’s Turning Pointe School of Dance,” where Natalya and her husband, Nurzhan, worked for 10 years.

Natalya has completed the ABT Teacher Training Intensive in Pre-Primary through Level 7 of the American Ballet Theatre National Training Curriculum. From April 2015 to November 2018 Natalya has presented students for ABT examinations in levels Primary C, 1A, 2A, 3A, 3B, 4B, 5A, 5B, and 6, all of whom successfully passed. Because of this teaching accomplishment, she was awarded the status of American Ballet Theatre Affiliate Teacher and later American Ballet Theatre Fellow. As of 2018, she is the only ABT NTC Fellow in the Midwest. In February 2019 Natalya took her students to the ABT studios in New York to take the Level 6 examinations which they passed with honors. Natalya is excited to continue sharing her passion for ballet and her teaching experience with Fort Wayne Ballet.